In your next level of Enlightenment Correspondence Studies, you will enter Eternal Way Training, the most advanced level within the University of Self Knowledge Enlightenment Study Program. Students have prepared for this major step through rigorous purification practices and have nurtured their Seeds of Light. They have also begun to develop their Light Bodies through their spiritual work and their experience with the Avatars.

Eternal Way Training begins the journey to birth the clear multifaceted Diamond of your consciousness. The first step of this journey is the Initiation of Water in which you will begin the study of the ancient discipline of Alchemy and the work of the ancient Magi. The Training consists of four individual courses of study. Each progressively moves Master Spiritual Initiates further into the ancient knowledge of Alchemy and to greater states of Self-Enlightenment and God Realization. At the completion of this training, students are awarded with a certificate of completion in Eternal Way Training and Initiated as Illuminati.

In this first course of Eternal Way Training, Master Spiritual Initiates begin the ancient study of Alchemy. Ancient students of Alchemy were free thinkers. They had ceased to blindly think and act based on the dogmas of society, parental influences, or the religious doctrines of the time that promised heaven to some and hell to those that did not conform. The alchemists shared a great secret, and that was that all matter, from minerals to man himself, is imbued with a life force which cannot be destroyed, but can only be transformed. Their search was bound up with the hunt for the “prima material”, which today would be known as the DNA from which all life had been created. The mysterious amalgam that alchemists sought was said to have originated in fire, been brought forth in water, carried down from the heavens by the wind in the air and cultivated in the earth. It therefore combined the four elements which, once processed, would reveal the secret source of all life. For some, the search culminated in discoveries which would lay the foundation for modern chemistry. They knew that through Spiritual Alchemy man could transform his base elements into the pure gold of Spirit, and this would refine the base elements which constitute the body of man, thus curing any physical ailments.

Alchemy is the art of increasing and bringing seed into a full and beautiful flower with the greatest possible expedition. Alchemy is the science of multiplication and is based upon Natural Law. Master Spiritual Initiates that are studying to become Illuminati work with cosmic forces both in the world of Nature and in the Spiritual Worlds to accomplish their mission. They recognize that the transmutation of body, emotions, and mind will be their alchemical laboratory work.

In the Study of Alchemy and Alchemical Healing, students learn to create a living bridge between Spirit and Matter. It is bridge of Light between Ancient Wisdom and the Great Work of individual and global transformation. When one prepares their “seed to flower” through consciously gaining self-knowledge and wisdom through meditation and purifies his/her base thoughts and emotions, the seed of the clear and multifaceted diamond appears. It has realized it’s potential. The seed of our God Light has been nurtured, watered and gracefully blossoms. The state of Nirvana and Oneness with God is able to spontaneously occur. The flower is Realized as Self in the lotus of the heart reflecting a 360 degree viewpoint of all that is. 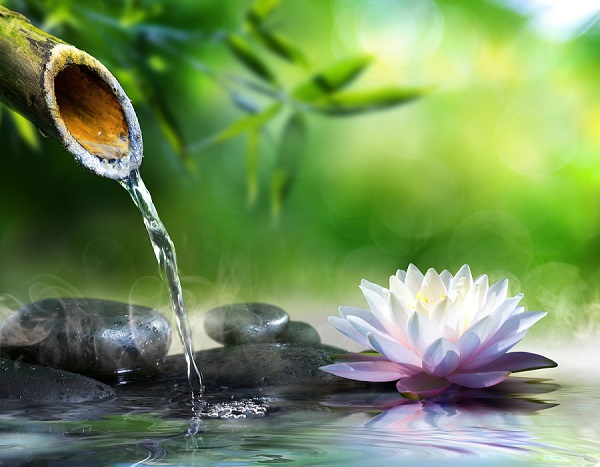 Studies in Initiation of Water include:

Upon completion of all courses:
*Certification of Completion in Eternal Way Training

* The advanced Eternal Way program consists of four courses covering the basic elements Water, Fire, Air & Earth. The content for each is offered in order with the first being the Initiation of Water course.